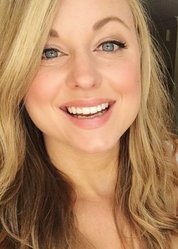 My background is in psychology, with a particular interest in biological psychology. My primary research interests involve using brain imagining to better understand the neural correlates of cognitive disorders. During my Master’s at Stockholm University, I studied changes in endogenous dopamine levels during a fear-conditioning paradigm using combined PET and fMRI. I was subsequently involved in a PET study at Akademiska hospital in Uppsala examining dopamine and serotonin levels in individuals with social phobia.